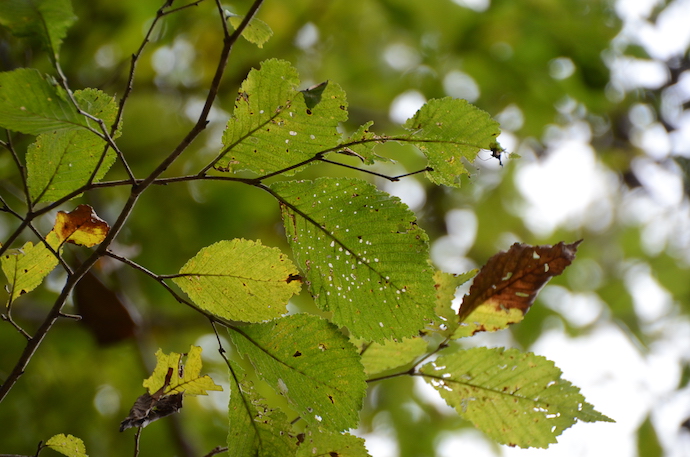 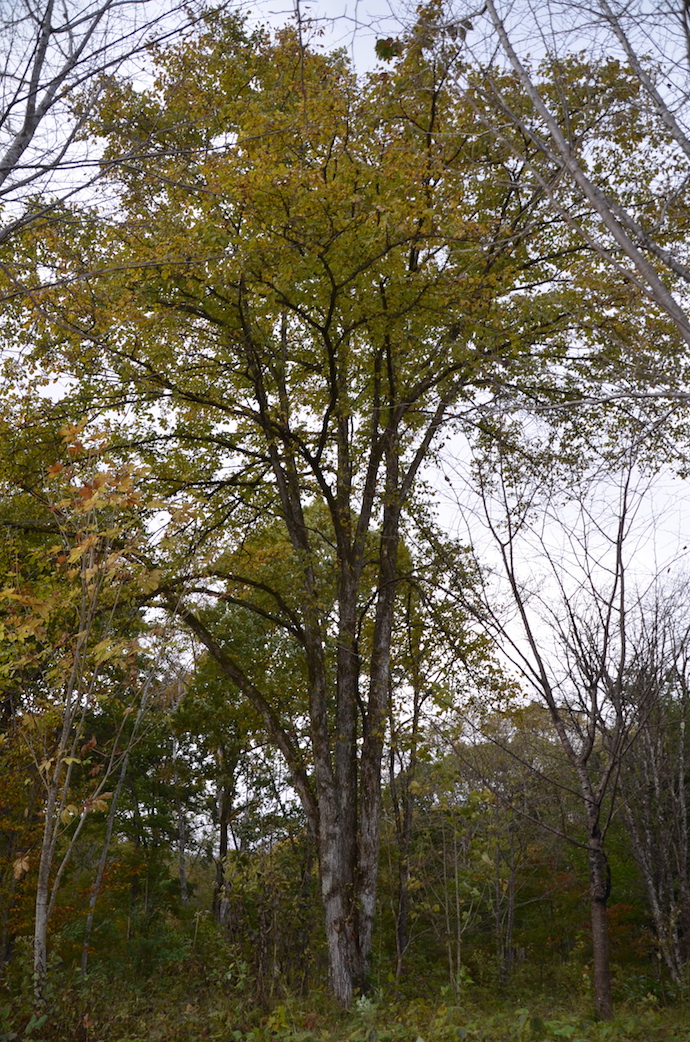 We have quite a few Japanese elm trees (Ulmus davidian japonica) in our Afan woods. When we dug one of our ponds we uncovered a huge elm tree stump with very narrow annual rings adding up to around three hundred years.

The elm tree was very common in Britain when I was a boy, and these tall, fine looking deciduous trees were favoured for wide streets, parks, around churches and so on. They were also planted in hedgerows, for their timber, shade, and for the protection they gave to mouse-hunting owls when they became old with hollows.  Sadly, the imported fungal Dutch elm disease wiped them all out. Over the last fifty years many efforts have been made to find elm trees or hybrids that can resist this disease, with the Japanese elm growing in popularity abroad.

In a forest the elm can grow to be forty-five metres high, but in wider spaces such as a park the elm will spread its branches to make a big, leafy umbrella. Horses and cattle love to shelter under elms and the young leaves also make good fodder for the animals.

Elm flowers are hermaphrodite, very small, dark pink to red and hanging in clusters. The tiny seeds, which are also eaten by birds, are carried by the wind.

Elm wood is tough and durable, and apart from being used in furniture, because of its beautiful, fine, twisted grain, it was selected to make old-fashioned wheel hubs, and because it has no odour, it was used for butcher’s cutting blocks and boards.

Elm resists decay in water, and although very strong, it can easily be bent when steamed. Therefore it was used a lot in the construction of ships and boats. Admiral Nelson’s famous HMS Victory battleship, which led the naval battle of Trafalgar to defeat Napoleon’s fleet in 1805, is still in service in the Royal Navy at dry-dock in Portsmouth. When first built the Victory took 700 elm trees and 2000 oak trees. Also, before there were steel water pipes, many British cities used elm pipes to carry their water to the taps.